Royce Gracie, considered by some to be the most influential figure in the history of  Mixed Martial Arts, was undefeated champion of UFC 1/2 e 3.

Gracie’s family have a long tradition in Jiu-jitsu and always been famous for beating opponents much larger than them.
Check here, how Royce Gracie beats a Sumo champion: 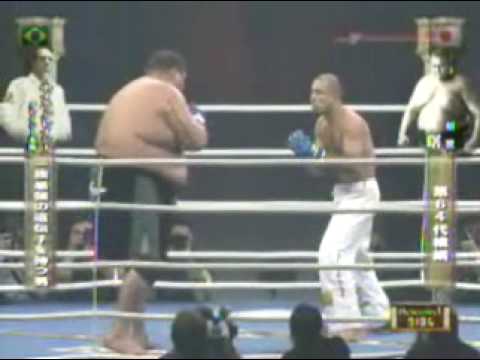 Yes you Know:  When Royce Gracie was in Cascais everybody was nice with him as we had seen the above video before.